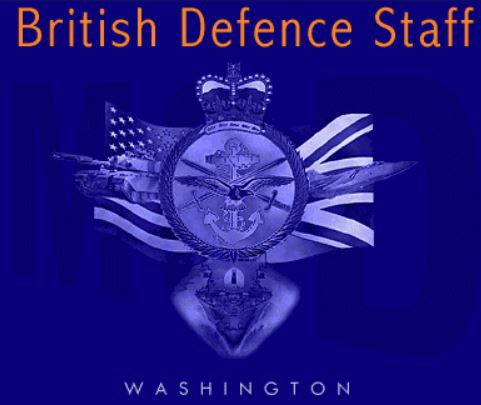 Our Mission is to further UK interests in the US, and thereby contribute to the delivery of a more effective operational capability.

As an integral part of US/UK defence relations, the Ministry of Defence maintains a substantial interest in the US in the form of the British Defence Staff (Washington) (BDS(W)). BDS(W) is made up of central, single-Service and defence material staffs with both uniformed and civilian personnel. There is also a large network of exchange and liaison officers, and project teams based throughout the United States.

The Head of BDS(W) is Air Vice-Marshal John Thompson,who also holds the position of Defence Attaché. In addition to being accredited to the Chairman of the Joint Chiefs of Staff, he is Head of the UK delegation to the United Nations Military Staff Committee and Military Adviser to His Excellency the Governor of Bermuda and the French Government. Air Vice-Marshal Thompson represents the UK Chief of Defence Staff and the Ministry of Defence for all UK defence activities in the US.

The role of BDS(W) is to promote UK's defence interests within the US, and provide timely military advice and support to the British Ambassador. This is achieved by fostering effective US/UK defence relations and, where possible, ensuring transparency between US and UK in all areas of defence activity.

Over 600 Ministry of Defence Service and civilian personnel serve in the USA, located in 35 of the 50 States and with all the US Armed Forces. In February 2000, BDS(W) was accredited as an Investor in People.